A preview to his approach as a Congressional leader

Individual testimonials from entrepreneurs will be released throughout the coming week

Little Falls, New York – The campaign for Independent, Reform and Upstate Jobs Party candidate Martin Babinec today released it’s latest TV ad “Thank You” highlighting Martin’s work to help bring jobs to Upstate New York and previewing the brand of leadership he would bring to Congress.
The ad features just a few of the home grown upstate entrepreneurs who have worked with Martin at Upstate Venture Connect to start and build their companies. Their stories exemplify the kind of hands on leadership – the mentoring, the connecting, the advocacy – that Martin will bring to Congress. 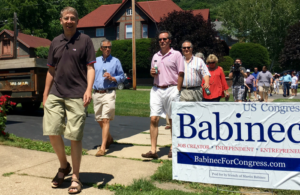 In August, Martin hosted a “job creator” event bringing together more than 20 entrepreneurs, with approximately 1,150 employees, at his home in Little Falls.  Everyday throughout the next week, the campaign will release individual testimonials from many of the job creators who attended that event.
With three separate polls putting Babinec over 20% it’s clear that he is the first independent candidate in 26 years to forge a competitive race for Congress in New York State. More importantly, Babinec is the only candidate that is showing positive growth – rising from only 3% in June and 11% in August, while the major party candidates are flat or declining over the same period. With 25% of the voters still undecided, there is plenty of room left to increase support as more voters are becoming aware of his candidacy and message.
The campaign, which has been back on the air continuously since the 1st week in August, is rotating the new ad into cable and broadcast buys throughout the district.
The script is below.

Babinec for Congress
“Thank you”
:30 seconds 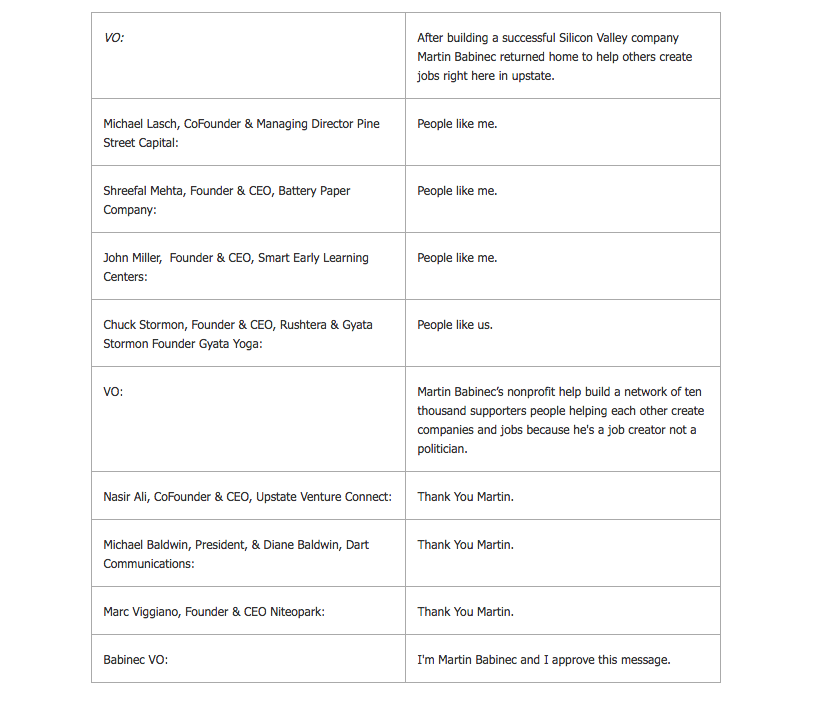 NEXT -> Martin Babinec for Congress is ON DEMAND! Watch all of our TV ads, video testimonials and special “Inside the Campaign” videos on Babinec TV.