By State of Politics

“Career politicians call me a one issue candidate, the fact is their approach has been an abysmal failure,” Babinec said in a statement released with the ad. “I have a real record of creating jobs and I will put it to work for the people of this district.”

Babinec is running an independent bid for Congress in the 22nd district in central New York, facing Democrat Kim Myers and Republican Claudia Tenney for the seat being vacated by Rep. Richard Hanna, a Republican. 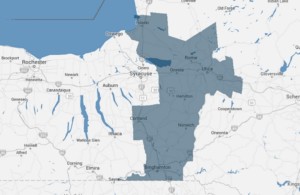 NEXT -> Craving more news from the Babinec for Congress campaign and Upstate Jobs Party? Sign up for our newsletter for stories, videos and events around NY’s 22nd Congressional District.