District 22 voters are thinking for themselves

TWC News – Siena Poll Shows the Babinec for Congress Campaign is “In the Race!”

A new poll by Time Warner News and Siena College reveals our campaign is drawing votes from across the board – every party, region and gender. The latest news of our momentum is exactly the jolt we need as we move forward into the home stretch.

Expert pollster Steve Greenberg with the Siena Research Institute says, “You rarely see a legitimate three-way race. Yet here we have a third-party candidate who is not on a major party line who is in this race.” Well how about that!

Greenberg is also fascinated by where we are drawing our votes. From democrats to republicans to independent voters, throughout a region that stretches from the Pennsylvania border to Lake Ontario, regardless of gender, he says, “Babinec is getting his support from all over.” Who’s the spoiler now?

Greenberg also points out that, “District 22 is a republican leaning district, and the fact that Claudia Tenney only has a five point lead has to be a little concerning to her.” Even after being the most known candidate, poll results show Tenney is most disliked.

And what I can’t say any better is the comment by Capital Tonight host Liz Benjamin that, “Voters are thinking for themselves in this district, they are not towing any ideologic line.” That is exactly what we are hearing as we attend events in the district and speak one-on-one with the voters of NY 22. You’re ready for change. I’m ready to make a change.

Let this be a reminder that our campaign is not a moment, it’s a movement. Voters are fed up with career politicians who produce the same tired results.

With only five weeks left to go and a large percentage of voters still undecided, experts say this leaves the Babinec for Congress campaign a window of opportunity. Now is the time to seize this opportunity. I ask that you reach out to your friends, families and colleagues to help spread the word about my candidacy. We’ve been together from the beginning of this journey, and together we can finish strong with a victory in November.

Thank you for your continued support, 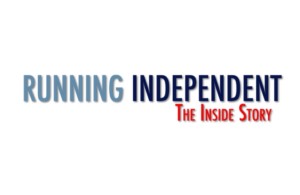 NEXT -> Martin Babinec for Congress is ON DEMAND. Watch our new documentary series that takes voters on a real-time journey. “Running Independent” debuts with a series trailer on Babinec TV.