Claudia Tenney says she hates crony capitalism and, “Doesn’t get government money.” So why does she take it?

In 2014, her company, Mid-York Press, received at least $200,000 in federal economic development assistance. How much more crony capital is Claudia Tenney hiding? Does she only oppose other companies taking taxpayer funds?

Tenney on Crony Capitalism – In Her Own Words

“We don’t get government tax breaks. We don’t get government money,”
Herkimer County Chamber of Commerce, 9/27/2016
“I don’t have government jobs and government money coming into our business.” Binghamton Chamber of Commerce, 10/11/16
“And I’m against cronyism. I’m against ‘crapitalism’ or crony capitalism, whatever they want to call it.”  Campbell Conversation, 8/13/2016
Tenney pledges to “End corporate welfare, crony capitalism and career politician corruption” Niagara Falls Reporter, 10/13/2016
“This type of insider cronyism is exactly what I have been fighting in Albany,” Tenney said. State of Politics,  7/5/2016
Calls for ending “the crony-capitalist schemes that squander taxpayer money.” NY Post, 1/25/2012
“So the cronyists are running DC, getting rich while the rest of us get soaked, what can we do?” Daily Caller, 4/5/2016
In 2014 Tenney, even in the midst of taking federal economic devolpment aid ran on the issues “free markets, crony capitalism, corporate welfare, overspending, not taking responsible positions about the debt, stopping the debt ceiling from growing, not increasing taxes and not taking billions of taxpayer money and giving it to corporations.” USA TODAY, 7/17/2014 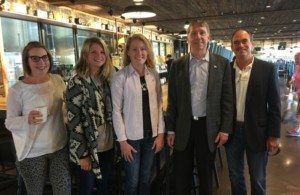 NEXT -> The Martin Babinec for Congress Campaign is on Fire! With 435 Congressional Districts across the US, BallotPedia reports only 19 to be competitive, and our race in NY’s 22nd has turned into the most competitive race in the entire country. Learn more in, A 3rd Party Candidate Who Can Win!