According to Martin Babinec, the Upstate Jobs Party is a political group that’s taken a lot of hard work and dedication to create. 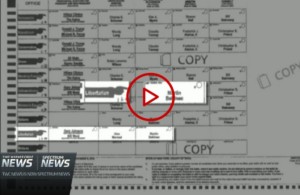 “We had more than 10,000 people that signed petitions supporting the idea of creating the Upstate Jobs Party and encouraging my nomination for this Congressional role,” said Babinec.

So when party members noticed the Upstate Jobs Party wasn’t listed on some absentee ballots that were already sent out, they were outraged.

“To turn their back on that and have the Board of Elections unilaterally make this decision to say ‘we’re just going to put Babinec on the Libertarian Party Line’ is not fair. Voters are upset. That’s why we’re proceeding with this lawsuit,” said Babinec.

Earlier this week, Babinec filed a lawsuit against the Board of Elections for New York State and the eight counties within the 22nd Congressional District.

While Babinec is also listed on the Reform Party Line, he says combining the Upstate Jobs Party line with the Libertarian line could be confusing for voters. Oneida County was the only one to leave the parties separate on its ballot.

One of his opponents, Democrat Kim Myers, said she believes Babinec has the right to have his party on the ballot.

“Certainly if Mr. Babinec did what was required, it seems like he should have that line. It’s certainly not for me to judge, but the voters should have their vote,” said Myers.

His other opponent, Republican Claudia Tenney, believes this lawsuit is simply a ploy to get media coverage before the elections.

“He’s trying to make a story out of something that’s not a story. I mean, I really think that’s all that it … I mean, why else … there’s so many other serious issues going on,” said Tenney.

Babinec’s complaint will be heard by a State Supreme Court Judge on Friday. He is requesting that all affected ballots be reprinted before Election Day.

A source at the state level tells Time Warner Cable News that the county Board of Elections commissioners were told to keep the parties separate on the ballot and said it would be nearly impossible to reprint the ballots in time.

A spokesperson for the New York State Board of Elections says their lawyers are currently reviewing the lawsuit, but would not give any other comment. 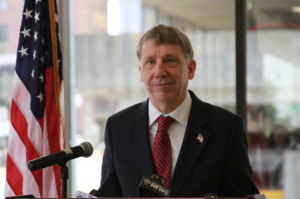 NEXT -> It’s time to roll up our sleeves and do what it takes to elect Martin Babinec for NY’s 22nd Congressional District. There are plenty of opportunities to get involved. Changing politics starts with supporting a campaign you care about. Let’s work together to Get Out the Vote!