Martin Babinec, an independent candidate seeking the seat of retiring U.S. Rep. Richard Hanna in the 22nd Congressional District, took several questions from the audience and touched on a variety of issues.

The Rotary Club of Utica member and director of the Utica Public Library was one more than 30 people who gathered Friday at the Holiday Inn to hear from Martin Babinec, an independent candidate seeking the seat of retiring U.S. Rep. Richard Hanna in the 22nd Congressional District.

Babinec took several questions from the audience and touched on a variety of issues. Here’s a look at some of what he said:

What would you do for veterans?

When you think about what’s happening with the Veterans Administration and the wait times, especially if you’re a person returning from the conflicts going on right now, they can take up to a year to admit you into the VA system. I find that unconscionable. You have people coming back with (post-traumatic stress disorder) and need help and can’t get it because the line at the door is too long and we’ve not allocated the right resources to do it. So this really has my attention and will be a top priority.

Who would you align yourself with in Congress if you are elected?

The only way you can get things done is by collaborating, so picking one of the parties to collaborate with is a key choice, and I’ve been on record in saying I’m going to caucus with the Republicans because on issues like reducing regulations and lowering taxes, both of which impact job creation, it really makes more sense for me to be with the Republicans. That being said, there are opportunities for me to work with both parties because I don’t have to be beholden to anyone. That is the beauty of being an independent.

“… Most people don’t get the opportunity to sit down in a relatively small group with the candidates unless they’re together,” O’Brien said. “I think there’s a benefit to seeing them separately because then each one can tell us more about his or her positions on the important topics that were facing this year.”

Where do you stand on immigration?

So I begin the immigration process with saying, “Let’s secure our borders and let’s enforce existing laws.” Now when it comes to where do we go beyond that in reforming our immigration policies, once we get those two things understood, then is it realistic to presume that, of the — depending on whose numbers you want to believe — 12 to 15 million undocumented people in the United States, is it realistic that we’re going to deport 12 to 15 million? Absolutely not. But should we grant them all amnesty and say we’re just going to give everybody whose here citizenship? That’s probably not realistic either, especially if we’ve got people that have come in, committed crimes, maybe don’t line up well against our values. So the trick is really finding the right balance between those two extremes.

What presidential candidate are you supporting?

I wish I had an answer for that. I was hoping when the debate happened on Monday night that I would be able to exit from the debate and say, “I’ve got it. This candidate or that candidate has won me over.” Neither candidate won me over Monday night. I have concerns about both candidates, and I’m very sincere in saying I truly don’t know what’s going to happen. If Bill Weld had been at the top of the Libertarian party ticket, I probably would be lining up behind Bill Weld. But Gary Johnson? I can’t bring myself there. 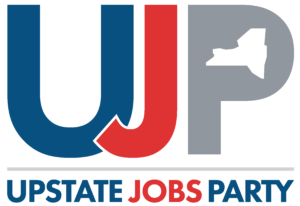